The Frozen North starts today!
There is still time to join this adventure!

The Sleeping Guardian has been secretly scouting the world of Druidawn® for worthy Knights to participate in a quest of the upmost importance. Very recently a mysterious amulet has been unearthed by one of his loyal griffins. It was believed to have been lost in the historical Age of Fire era. Legend has it that this amulet is one of great power and can grant the wearer unbridled strength, knowledge and foresight. In the wrong hands this could potentially be cataclysmic.
Due to the nature of the Kysha (ruby sun) amulet, certain humanoids and overlords can never learn of its existence. The Sleeping Guardian has entrusted this knowledge to only three of the overlords, Marina, Uriell and Tibarios.

The chosen few must ensure the safe delivery of the amulet from Botania, across some of the most treacherous of waters, and over snowy waste lands, all the way to overlord Tibarios in the Frozen North. He has the Druid’s Orb and the knowledge to safeguard this powerful amulet forever. 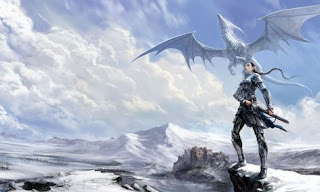